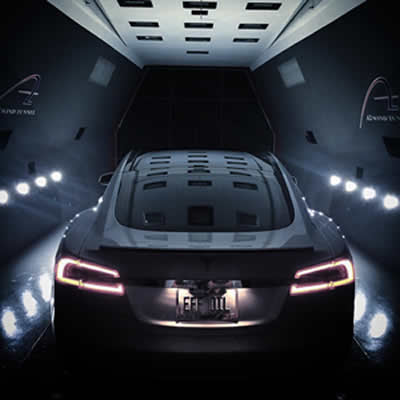 Over the course of the last fifteen or so blogs, we’ve revealed quite a lot about Tesla. But the company is so innovative that we’ve barely scratched the surface. While they didn’t invent the electric car (that honor goes to Scottish inventor Robert Anderson, who invented a non-rechargeable carriage in 1832), they already have a very interesting history. Let’s take another look Tesla Motors.

Motor Trend’s Car of the Year

In 2013 the Tesla Model S won Motor Trend’s Car of the Year award, one of the most prestigious awards in the automobile industry. It was the first electric car to do so. Interestingly, we have a 2013 Model S for you to rent, so you can rent a winner!

While it’s true that Elon Musk is the face of Tesla and its biggest shareholder (helping his net worth reach more than $10,000,000,000), he didn’t start the company. It was founded by Marc Tarpenning and Martin Eberhard in 2003, and Elon Musk was one of the initial investors. Musk is currently the CEO of the company.

The Reason You Don’t See Many On The Streets

Teslas fly out the doors when they’re up for sale. The Tesla Model 3 is bound to be the best selling car they’ve ever made when it arrives in 2017, thanks largely to it’s incredibly reasonable $35,000 price tag. But for a number of factors — the higher price of current models, the longer production time, the smaller factory size — Tesla doesn’t sell nearly the amount of cars that traditional automakers do.

When you combine all of the automaker’s sales in the United States in 2015, around 7.2 million vehicles were sold. Tesla was able to deliver about 50,000 vehicles in 2015. That’s not bad for a company that just released their first car in 2008, but these sales numbers make them something of a rarity.

Rent a Tesla, Own The Stock!

If You Like Your Tesla Rental, Where Will You Buy One?

You might think that there are only few Tesla retailers in the country. A couple in LA, a few more throughout California, some in New York, maybe one in Chicago?

The real numbers are much more impressive! There are nearly 100 Tesla dealerships across the United States. While that number is dwarfed by the big dealers (Ford and Chevy have more than 4,000 each), Tesla is the fastest growing in terms of increased percentage of dealerships. Musk has said that he expects that number of dealerships to double in 2017.

There’s a reason we picked Tesla as our car-of-choice when it comes to electric car rentals. It’s absolutely amazing, and cars from this company are the future. When you’re ready to rent a Tesla for the weekend, click right here.